Charlie lost three teeth this morning before he left for school. (the

homemade caramel he snuck before breakfast may have helped move the

panicked. But now I am quite used to it.  And since he no longer BELIEVES

under his pillow tonight.

Another example of his newfound cynicism, evidenced on our annual 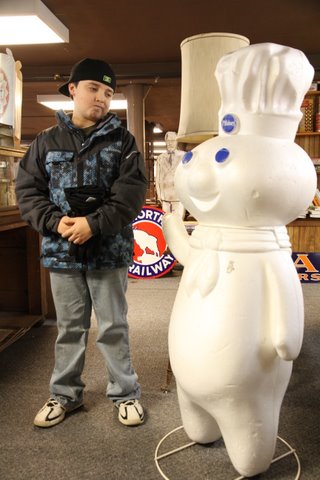 Just a few years ago, he would have given the doughboy a hug.  sigh.