of dirt bikes and birthday cakes 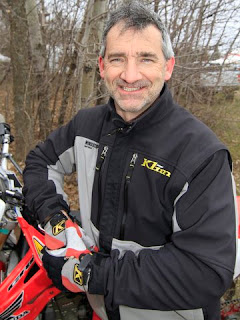 Mike hit the 50 year milestone yesterday.  Thanks to everyone who sent him birthday greetings-he was completely overwhelmed!
The day was spent in Monticello, at the first dirt bike event of the season.  Perfect timing!  He said there was nowhere else he would rather be.  His dirt bike friends are really his second family.

Charlie's race was first up, they left the house sleepy eyed at 6:45 to arrive in time.  Here his bike is getting sound checked.  A very big deal at these events.

I wasn't there for his race, I was running around delivering May Day baskets and picking up his dad's surprise cake. 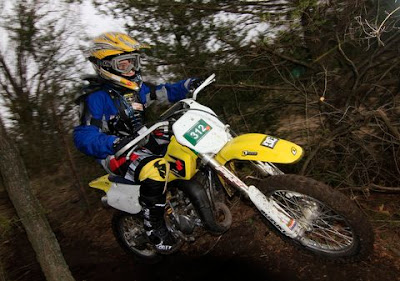 He made it!  It was freezing cold, very windy, and snowing off and on. 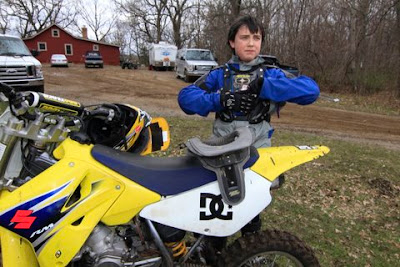 Later on he enjoyed his other form of transportation.  And to think at this event last year the trees were already leafed out, we had to make sure we put on sunscreen, and shorts were everywhere.  This year they had a roaring fire going for people to warm up by, and hats and mittens were absolutely essential. 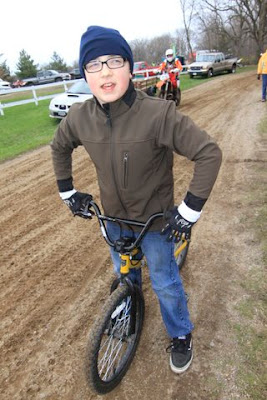 The kids races are such fun, the whole family sometimes comes along to offer support!  This little boy was racing for the first time, his brothers (who also raced) and baby sister (4 months old) were there along with his mom and dad. 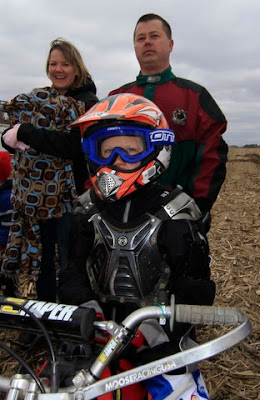 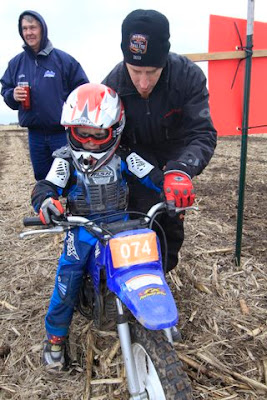 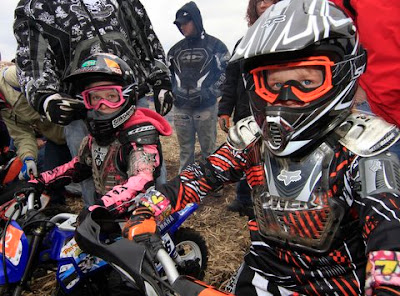 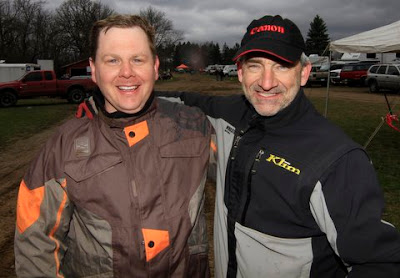 Deb and Bob Maki had put together a huge birthday card for Mike, and had everyone they could find sign it. 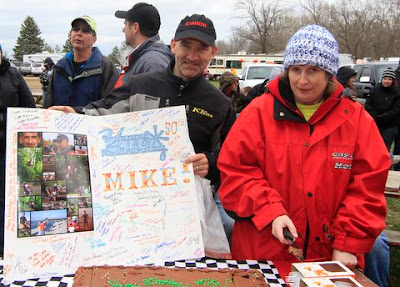 They presented it to Mike right before the awards ceremony-so cool! 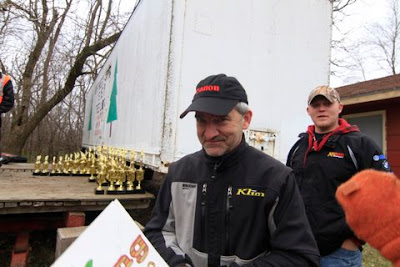 And Deb kindly helped me cut the cake, even though her fingers were frozen from working the race all day. 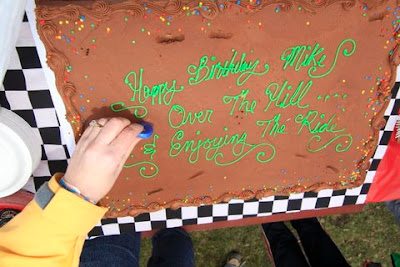 I snuck up a giant cake, which we shared with everyone there.  It was so cold, I think it was semi-frozen.  I know our fingers were trying to cut it!  (notice the tracks in the cake?  there were little dirt bikes running through it....)  And it said "Happy Birthday Mike-Over the Hill and Enjoying the Ride". 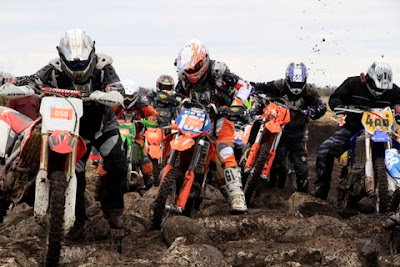 Unfortunately, Mike was unable to race as his bike betrayed him.  Instead he spent the whole day taking lots of pictures. 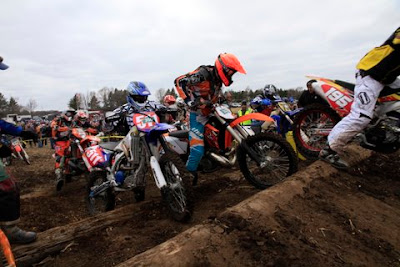 But when you look at these pictures, perhaps this was a good one to miss out on!

An event like this takes lots of volunteers, and everyone did an amazing job on a really cold day.  Some of the helpers, smiles on their faces! 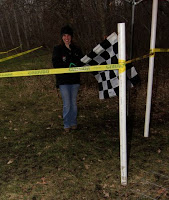 Here was the big winner of the day, with his proud kids: 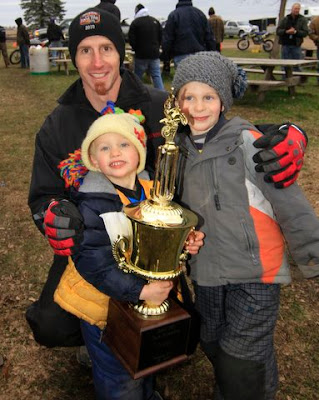 We arrived home last night, tired and cold and ready for some Grampa Tony's pizza to finish the day.  And yet another birthday cake, four layer chocolate with fleur de sel caramel filling and chocolate ganache, that I had whipped up on Saturday. 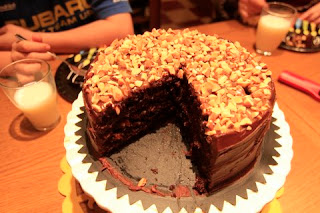 Mike spent quite a while reading all of his birthday greetings, he loved hearing from everyone!