Charlie joined Cub Scouts in first grade, and has faithfully participated since that time.  I think he initially joined because all of his friends he had at the time also joined, and he thought it sounded like a grand adventure.  And it was. Each year he built his pinewood derby car, and his sailboat for the regatta, with a little help from his dad. 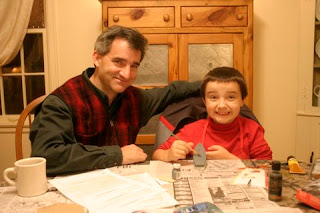 He attended scout camp, first for just an afternoon, then for an entire day, and eventually, for a weekend. 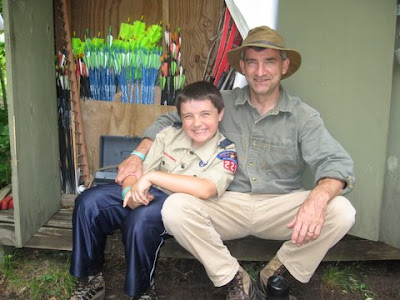 He became a Boy Scout in 5th grade, and became part of a wonderful troop with a strong tradition.  Camping adventures now lasted an entire week, meetings were held weekly, and there seemed to always be an activity to take part in or a badge to earn. 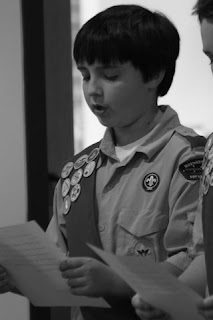 In the last year, he has become less and less enthusiastic about meetings, and camping, and projects, and has developed new interests and new friendships.  Scouting events often competed with dirt bike weekends, and weekly meetings were no longer looked forward to.

He decided to be a scout no more.

I am partly sad, as I was already planning the party we would have when he achieved Eagle Scout.  But I bet I can help a friend!

This is a decision we had him think about, for many months, weighing the pros and cons.  We discussed all of the advantages to remaining a scout, but let him make the final decision.  He wrote a letter to his Scoutmaster, explaining his thoughts. 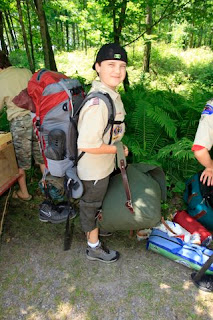 I am partly relieved, as I will no longer have to fight with him every Monday evening to get it in gear for the meetings.  Or argue with him that he CANNOT bring his Ipod to camp.
It seems to me that the most successful scouts are those with a strong family tradition of scouting, and a parent who is actively involved in the troop, as a leader or in some other way.

But that isn't our family, and so we are moving on.

As a parent, it is so hard to know when to tell them what they HAVE to do, and when to let them make some of their own decisions.

We greatly admire the families who make such a huge commitment to scouting.  We are grateful to all of the leaders who helped Charlie grow through the years, and know that the lessons he learned in scouting will carry through his whole life.

We can't wait to see where his next adventure will take him.
Posted by Kristi Pohl at 6:54 AM