Mike and Charlie were off with their dirt bikes again last weekend, this time at Stone Lake helping get some trails prepped for an upcoming event that their club is having. 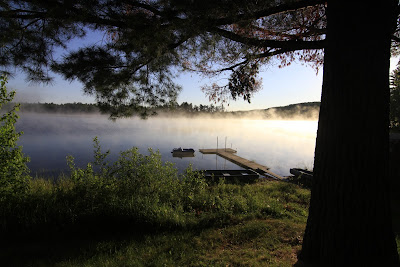 The place they stay is one of the prettiest spots, I am now using this shot for my screen saver! 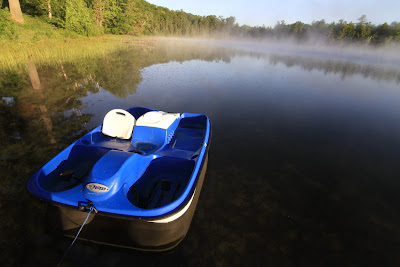 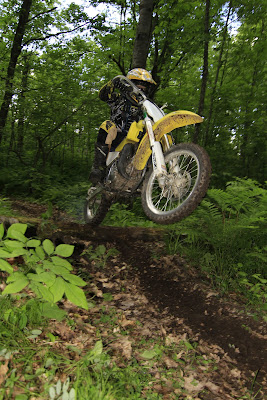 Charlie had lots of fun. 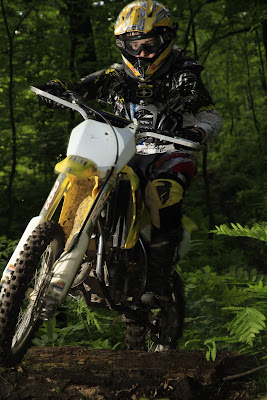 He also had an ATV accident.  I tell you, dirt bikes are so much safer!  He got banged up a bit, but nothing serious. 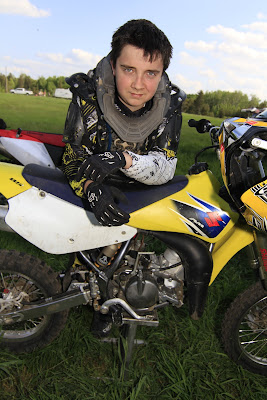 He complained more about his mosquito bites than anything else. (The above picture is from the previous weekend's race at Huntersville, he rode really well.  And Mike, who was finally able to compete after major bike troubles all season, won his class.  Not bad for his first time out this year-the old guy has still got it....) 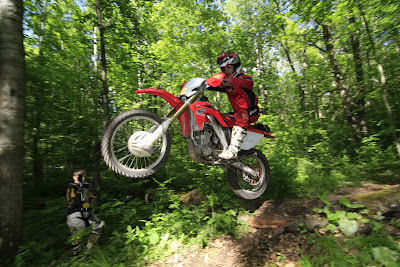 Charlie even took some time behind the camera, and got some great shots of Mike.  Must be in his genes!
Posted by Kristi Pohl at 10:43 AM